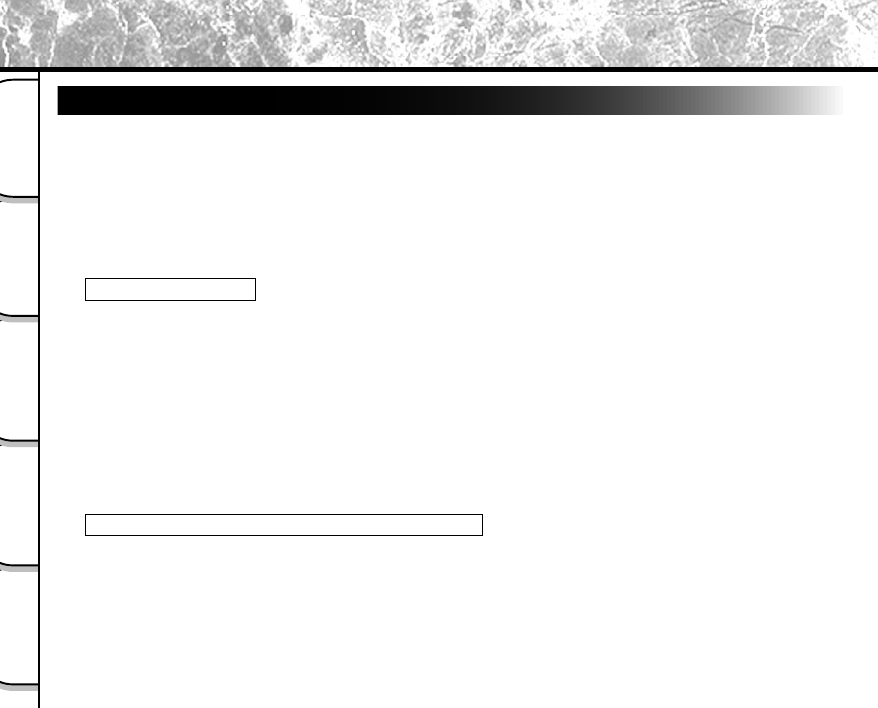 - 14 -
Basic
Photography
Playing Back/
Erasing Images
Other
Applications
Additional
Information
Getting Ready
Notes On Handling Batteries
The PDR-M5 camera uses a lithium-ion battery pack (PDR-BT1). (This manual simply refers to this battery pack as
the “battery”.) Other batteries cannot be used.
When you use the battery, carefully read and strictly observe the Safety Precautions from page 6 onwards and the
notes described below.
* The battery is not fully charged when you buy your camera. Be sure to charge the battery before you use your
camera.
* Before you use a battery, be sure to remove the electrode cover.
About Battery Use
• The battery gradually discharges even when not used. Charge the battery one or two days before use.
• To maximize the battery life, switch the camera OFF as often as possible when it is not being used.
• In cold locations, the number of frames that can be taken decreases. Take along a spare fully charged
battery. You can also increase the amount of power produced by putting the battery in your pocket or
another warm place to heat it and then loading it into the camera just before you take a picture. If you
are using a heating pad, do not place the battery directly against the pad.
• Always keep the terminals in a clean state.
• If the battery is used for a long time, the camera body and the battery itself will become warm. This is
normal and not a malfunction.
• At normal temperatures, this battery can be recharged at least 300 times for use. If the battery runs out
quickly, this indicates that the battery has reached the end of its effective life and should be replaced.
When Not Using the Battery For A Long Time
• If the battery is not to be used for a while, store it after there is no power left. If the battery is stored for
a long time in a fully charged state, its performance may be impaired.
• When the battery is to be stored for a long time, fully charge the battery and then use the battery until
there is no power left once every year and then store it.
Using Your Camera Correctly (continued)
previous next