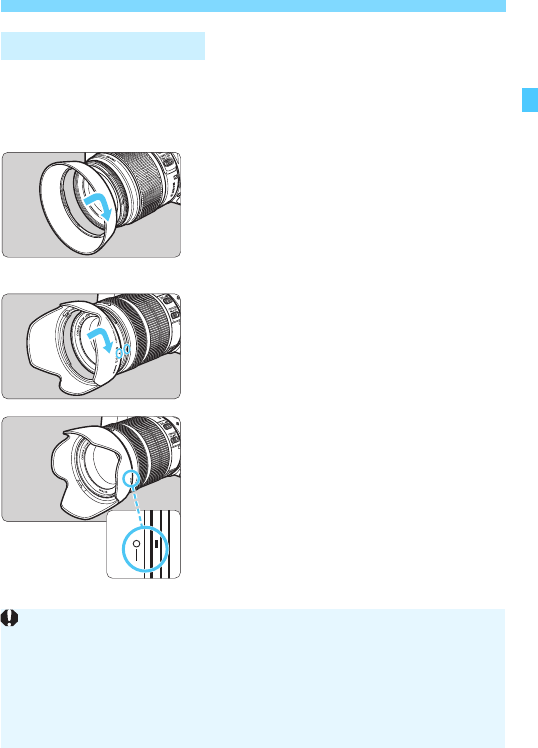 49
Attaching and Detaching a Lens
A lens hood can block unwanted light and prevent rain, snow, dust, etc.
adhering to the front of the lens. When storing the lens in a bag, etc.,
you can also attach the hood in reverse.
 If there is no index mark on the lens and hood:
Attach the lens hood.
 Turn the hood as shown by the arrow
to attach it securely.
 If there is an index mark on the lens and hood:
1
Align the red dots on the hood
and lens edges, then turn the
hood as shown by the arrow.
2
Turn the hood as shown in the
illustration.
 Turn the hood clockwise until it
attaches securely.
Attaching a Lens Hood
 If the hood is not attached properly, it may obstruct the image’s
periphery, making the image look dark.
 When attaching or detaching the hood, grasp the base of the hood to
turn it. Grasping the hood’s edges to turn it may deform the hood,
resulting in failure to turn.
 When using the camera’s built-in flash, detach the hood. Otherwise, the
hood will obstruct part of the flash.
previous next