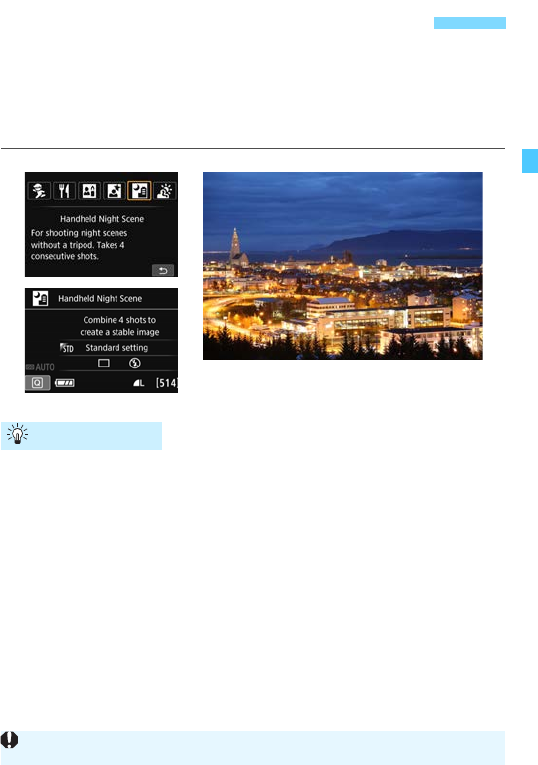 95
Using a tripod when shooting a night scene gives the best results.
However, the <F> (Handheld Night Scene) mode enables you to shoot
night scenes even while handholding the camera. Four shots are taken
continuously for each picture, and the resulting one image with reduced
camera shake is recorded.
 Hold the camera firmly.
While shooting, hold the camera firmly and steadily. In this mode,
four shots are aligned and merged into a single image. However, if
there is significant misalignment in any of the four shots due to
camera shake, they may not align properly in the final image.
 For shots of people, turn on the flash.
If you want to include people in the night scene shot, press the <Q>
button to set <D> (Flash on). To take a nice portrait, the first shot will
use flash. Tell the subject not to move until all four continuous shots
are taken.
F Shooting Night Scenes (Handheld)
Shooting Tips
See the cautions on page 97.
previous next